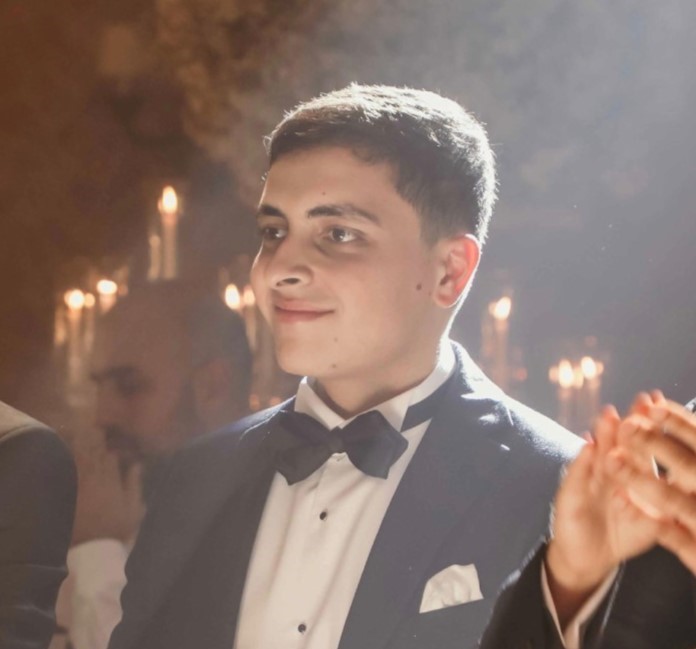 Being a comprehensively educated British-Syrian studying law at some of the world's leading institutions, social mobility very quickly became a passion of Mahmoud's. At first, given his legal background, he focused on social mobility in law. However, Mahmoud also saw the impact that new tech could have on younger generations of people, specifically those who would benefit from social mobility. Find out exactly how he discovered the world of tech below.

Tell us about what you do?
I am working at Academy, a seed stage startup that trains humanities and social sciences graduates in tech, so that they can work in tech. What makes the Academy cool is its focus on social mobility. If you look at the cohorts, about 60% are ethnic minorities, 55% are women, and 25% were FSM eligible. It’s really cool that I’m able to work at a company that is so social mobility oriented. I'm personally working on partnerships and some of my own social mobility missions within Academy, which is super exciting.

How did you start working in tech?
My start in tech wasn't particularly typical given my legal background. I actually completed three different law degrees before discovering the world of tech! My initial motivations for studying law were human rights oriented, having grown up with the Syrian crisis and experiencing it through my family. While finishing my degrees however, I started looking into other ways to create impact. I ended up applying for Jumpstart, which is a great graduate recruitment program specifically focused on startups. I was connected to Academy through their program. Jumpstart made what is typically an opaque industry seem so transparent. As progressive as tech is, a problem with it is that it’s difficult to break in unless you know people in the industry. Companies like Jumpstart and Academy are working to solve that problem.

How long have you been working in this space?
I began working in social mobility as an undergrad. I volunteered for charities while studying. I had my own mentees who I was helping with law school applications. I even co-founded a social enterprise with my friends, whose aim was to help kids access law, whether through academia or careers. Social mobility is something I’ve always been passionate about and, ironically, there is more work to be done in progressive industries such as tech, than there is in traditional industries like law. There is this huge gap in tech, and there’s a huge need for talent. Nevertheless, grads are finding it so inaccessible. Particularly grads from certain backgrounds; minorities, women, people from working class backgrounds are finding it so hard to access this space, despite the demand. When I saw what Academy was doing it just really excited me, and I'm equally excited to be contributing to it!

What's one thing people should know about you?
I'm a comprehensively educated British-Syrian graduate of LSE, Harvard Law and Oxford. I used to shy away from sharing accomplishments, and it's still my instinct to do so. But, at a certain point, I realised aspirational young people from similar backgrounds to me don't have many examples to point to. When I was applying to these universities, I didn't know of any Syrians who had managed it and I didn't know people who had been there and done that to guide me through the process. Hopefully my example can create a reassurance that it's doable for socially mobile students/minorities. And if even one disadvantaged student reaches out to me asking for help as a result of my answering this question, it's worth me feeling a bit uncomfortable!

Are there any figures that have inspired you?
A great inspiration of mine is Tyson Fury. I spent most of my second year of undergrad in hospital with my dad who was unwell. Unfortunately, I underperformed that year. Wanting to achieve a top masters offer, I found myself in an uphill battle. Tyson Fury was beginning his comeback to boxing around this time. Despite the doubt surrounding him, I had absolute faith that Tyson would regain the heavyweight championship, which inspired me to ignore my own doubts. This also inspired me to take up boxing, which helped me lose some 30 kilos and gain a stronger mindset. Ironically, the day I sent off my Harvard masters application was the same day Tyson put on a great performance in his first fight against Deontay Wilder. I received my offer to study at Harvard Law a few months later. To top it all off, during my year at Harvard, Tyson became world heavyweight champion once again.

What excites you most about the future of tech?
It’s that there is this demand and hunger amongst employers to improve social mobility and representation. Every employer that I've spoken to is passionate about making their work environment more representative.

There's also a clear enthusiasm amongst employers to include grads as well. Conventionally, job listings in tech require at least a few years of professional experience. At Academy, we train recent grads and everyone who takes on Scholars from Academy’s training has really loved them. They've seen how immediately impactful our Scholars can be. We are starting to break the convention that you need years of experience.  We're seeing an appetite for change within this space and I'm excited to see how that progresses.

Angela Hui: ‘I didn’t realise that writing about food was a viable option’