The street artist turned AR aficionado on shaking up the game, what happens when creativity meets business and how to be an irresistible option for employers 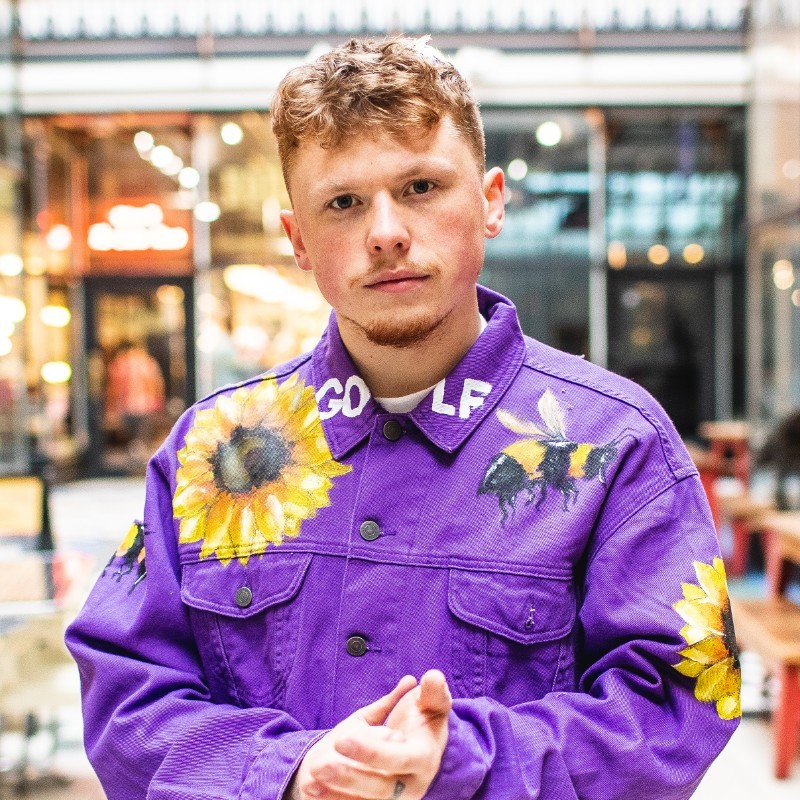 In a relatively short space of time, Doddz has gone from renowned anonymous street artist to videographer for Social Chain CEO Steve Bartlett and is now one of the biggest names in AR. We caught up with Doddz to talk about how he’s secured some of the biggest clients in the game and why you’ve got to try out a few jobs to see which one fits.

How did you become involved in the creative industry?
After studying graphic design at college, I did a BTEC and went to uni to study the subject. I became a street artist whilst I was at uni. I lead this double life where nobody knew that it was me doing the street art and I had full creative control. I was an artist but made all the classic mistakes that everyone makes, like underpricing myself and not knowing the business side of things. So I decided to get a mentor, learn the ropes of business, and then come out and do my art but with added knowledge. I found Steve Bartlett, who was the CEO of Social Chain and is now a Dragon on Dragon’s Den, and he was doing weekly vlogs.

I was also doing part-time work and learning about how to build a personal brand and experimenting with different creative outputs. From poetry, oil painting and sculpture, to videography and photography, I wanted to work out what was going to be my creative output.

I started making custom denim jackets and working with augmented reality. Scanning the jackets and bringing the jackets to life! Then I started to get celebrity work, and then I was getting brand work. I now do AR full-time for brands and I’m starting to get more into the artwork. The brands that have been coming through the door have been FIFA, GymShark, adidas, Sony, some of the biggest brands in the world, and then Facebook invited me to be part of their partner network which is reserved for their 70 top AR creators in the world, so I’ve quickly risen in the augmented reality industry over three years and that’s opened up a lot of doors.

Do you get excited about working with AR, seeing as it’s a relatively new phenomenon?
AR is interesting because I don’t come from a technical background so it's been a steep learning curve. However, it’s easy for any creator to start working with AR. The people that are in the AR space are all technical so they are not naturally creative. So when I come along and say ‘you can scan these jackets and they will come to life’, these are things that traditional AR people would not have thought of first which is why I think I've had a quick rise. You can make a name for yourself in this space quickly so then when it becomes mainstream adoption you’re the go-to guy.

What are your career highlights so far?
I’m proud of my work as a videographer. The way that I applied to get in at Social Chain was I had to be creative because so many people wanted to work there. They’d just won an award so I guess you could describe them as a ‘big fish’. So what I did was I bribed the building manager with four beers to let me in and flew this five-foot inflatable fish by remote control into the office with a memory stick dangling down, that had a video on it saying that they should do daily vlogs to get ahead of the curve. Showing them that I could do video by editing it together, because of how creative it had been, was what got me the job.

I’d gone from doing the junior art boarding stuff to three days later meeting Conor McGregor and making videos with him. And two days after that I was in New York; it just basically got crazier from there and I got to travel around the world and learn so much from Steve. The street art stuff was interesting as well because I was an 18-year-old and the whole city was trying to figure out who I was. I'd be sat in the library doing my work, look over and the person next to me would be doing a project on my street art and didn't know I was sitting next to them!

Were there any hurdles you had to overcome to get to where you are now?
Coming out of university and trying to go full-time but being naive about my value. Also coming out and trying to ride the street art wave. When I finished uni, I revealed my identity and did a lot of TV and radio and had to ride that wave, and I thought it was going to be pretty straightforward, but it wasn’t. But I learned quite a lot in that period. Probably more than I did in easier times or more successful times.

What advice would you give to someone starting in the creative industries?
I would say that it’s really important to try different creative outlets. If you have a creative ambition there’s always a way to reach it. With the videography job I had to understand what Steve needed, and facilitated that. It’s about thinking ‘how can I make it so it’s a no brainer’. It’s about making it impossible to say no. I have found that time and time again that kind of thinking has worked for me.

How do you think employers can better support young creatives?
At the first agency I worked at, they didn’t support me. I could have offered them a lot more but they didn’t let me. And with Social Chain, I said I intended to learn from Steve, leave and then do my own thing, so they were always super supportive of anything and everything that I was doing. Let your creatives be creative with the work they do for you, but also let them explore other avenues!