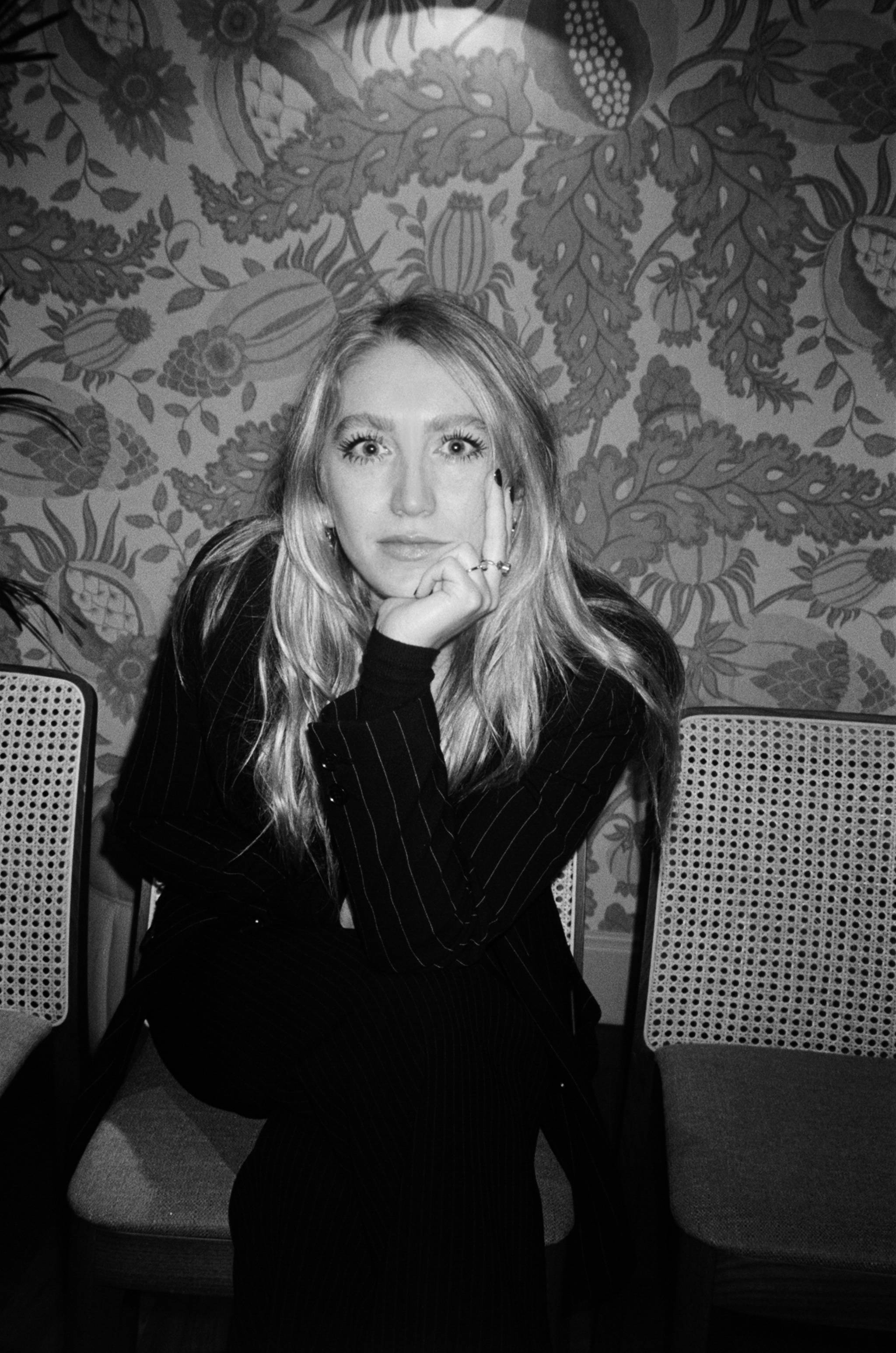 Kitty Wordsworth started her theatre career by producing local panto, and is now the co-founder of her very own theatre production company, Damsel Productions. Kitty takes us through the ins and out of the theatre world, myth-busting some truths and confirming some long-believed stereotypes along the way. Get inspired by the magic of the theatre, and learn more about Kitty’s life as a producer - it’s showtime!
‍
Tell us about how you got into working in theatre production?
I graduated from Sussex University with an English degree, and I was open to any kind of creative work. I’d been involved with the annual local charity ‘Portobello Panto’ since I was about 11 (I went to Holland Park School round the corner), and the old guard decided to hand over the running of the panto to the kids who had grown up in the show. That’s how I became its producer at the age of 20. I had to learn fast – raising funds, persuading professional and amateur actors to work for nothing, managing meagre budgets, arranging sets, costumes, ticketing… everything. It was an amazing and terrifying way to learn the ropes. I’ve been producing the panto ever since. We’re all volunteers and all the profits go to local charities and organisations. That experience got me a few gigs as an Assistant Producer on various plays, so I got to meet theatre people – directors, producers and venue managers etc. A really opportune meeting was with the theatre director Hannah Hauer-King, with whom I set up Damsel Productions in 2015.

Tell us a little bit about Damsel Productions?
Hannah and I co-founded Damsel to produce its inaugural production Dry Land, by Ruby Rae Spiegel, at Jermyn Street Theatre. Damsel was set up with the key aim of developing and platforming scripts written by women, producing them with all-women creative and production teams, to help address the misrepresentation and lack of representation of women in theatre (catchy slogan!). Damsel is intersectional in its outlook and drive, and strives to work with diverse teams, putting particular focus on the less told aspects of female experiences on stage. We have produced several full-scale productions at theatres including Soho Theatre, Theatre503, the Bunker Theatre and Jermyn Street Theatre. We’ve also produced live comedy and cabaret nights; festivals including Damsel Develops, London’s first all-women directing festival; and Damsel Outdoors, a festival of commissioned new plays written to be performed in parks and outdoor spaces (Damsel’s answer to the pandemic closing theatre down).

What’s your favourite part about the industry?
Mostly just going to the theatre as much as I can. It’s been so special to be able to get back to live performances. The physical act of performing and sitting in a real theatre makes us more human and less solitary. Some recent special shows: I love musicals – Cabaret was extortionately priced but heart thumping – and I also love dark and gritty dramas that mash up genres, from Aleshea Harris’ Is God Is at the Royal Court to Yaël Farber’s production of The Tragedy of Macbeth. My favourite thing is to see a play that jigs my whole way of thinking about theatre and storytelling, and about what I want to produce. I have to shout out to one of my favourite ever plays, Iphigenia in Splott, which I hope is coming back soon. I also love (most of) the people who work in the industry. There’s a fringey underbelly of politically and socially conscious, hard-working, passionate people making groundbreaking new work and I can see so many of them running our theatres one day – some of them already are.

What is a common misconception about the theatre?
A lot of arguable misconceptions about theatre are largely true. That it’s run by old white cis-het men? Largely true. That it’s exclusive and elitist, made by the privileged for the privileged? Largely true, too. But I suppose a misconception is that this is all it is. As I’ve just touched on, there is a beating heart made up of many amazing people in this industry that is opening doors to new audiences, new theatre-makers and new ways of storytelling. The main thing is getting people engaged and ‘in the know’ about all the amazing entry schemes and ticket deals etc. I know it’s every theatre person’s ambition to make theatre more inclusive, but I certainly try, and this extends from the team to the content to the price of tickets and beyond.

How do you think we can encourage more young people to consider a career in theatre production or other related theatre roles?
I think more it’s about the industry continuing to create proper support and sponsorship schemes so the daunting idea of working for little money is less unappealing. It’s a hard graft in the early stages; I still have multiple other jobs to be able to work as a theatre producer and pay my rent! I worry a lot, as Covid knocked the industry for six and it will take time to recover, and most people seem to be putting their money into making TV shows. That said, as long as you don’t expect to get rich, there’s nothing more rewarding than being part of making a show. As someone once said, movies will make you famous, television will make you rich, but theatre will make you good.

What does your job exactly involve?
The making of a production involves commissioning a writer or getting the rights to a script, finding a theatre, building a creative team, raising the money to pay for the production (and paying everyone properly!), casting, selling the play to audiences, negotiating a lot, getting the best deals, managing the budget, navigating partnerships, managing the creatives and the creative process… and more! Being a producer and running a company also involves nurturing relationships with creatives and financers, seeing and reading a lot of plays. And most importantly it’s about being fair and open and kind and willing to move with the times. And being a producer is a transferable skill, so I have been able to side-step into some TV development and short films/music videos. As well as being creative, you have to be good at maths and good at schmoozing!

What is your favourite part of your job?
Without sounding corny, I do truly believe that theatre is a political – as well as an emotional – tool and has the power to shape our narratives and consciousness. I love the famous Brecht quote that “art is not a mirror to reflect reality, but a hammer with which to shape it.” As well as making artistically stirring and engaging work, my favourite thing is to produce theatre that makes people cry, laugh and debate in the bar downstairs afterwards – and maybe, occasionally, leave with different perceptions to the ones they came in with.

What has been a career highlight for you so far?
I’ve had lots of career highlights. I’m really proud of all the plays that Damsel has produced. When I was 22, I produced Phoebe Eclair Powell’s Fury at Soho Theatre, which extended its run, which I will always feel proud of. Another Soho Theatre show was Abi Zakarian’s play Fabric, a truly powerful one-woman show that gave voice to a woman’s experience of sexual violence and trauma. The show was in collaboration with and support of Solace Women’s Aid and, following its run at Soho, toured community centres around London for free, bringing the story into the heart of our communities. The community centre tour ran alongside a workshop programme developed by Solace. I’m proud of all the festivals we’ve produced, as we’ve been able to work with such a huge amount of creatives. Damsel Outdoors was during the pandemic, and we worked with local councils to put on four shows in outdoor spaces (so people would feel safe), and provided free theatre to our communities who had been missing it so much. Damsel was grateful to receive Arts Council funding for all these shows. One more shoutout is a recent side-step for Damsel: a big comedy and cabaret show at Bush Hall called Damsel in the Bush, which provided a bit of necessary laughter to people post-pandemic…

But my main highlight is yet to come, I think. Damsel is producing a new major show in Soho Theatre’s main space called The Ministry of Lesbian Affairs by Iman Qureshi. It’s a joyful new play about about love, queerness, and belonging, following a lesbian choir on its mission to unite its disparate and dwindling community. It starts in May – come!

You can check out Damsel Productions online here!

Tery Spataro:‘Web3 transforms me from artist to creator’