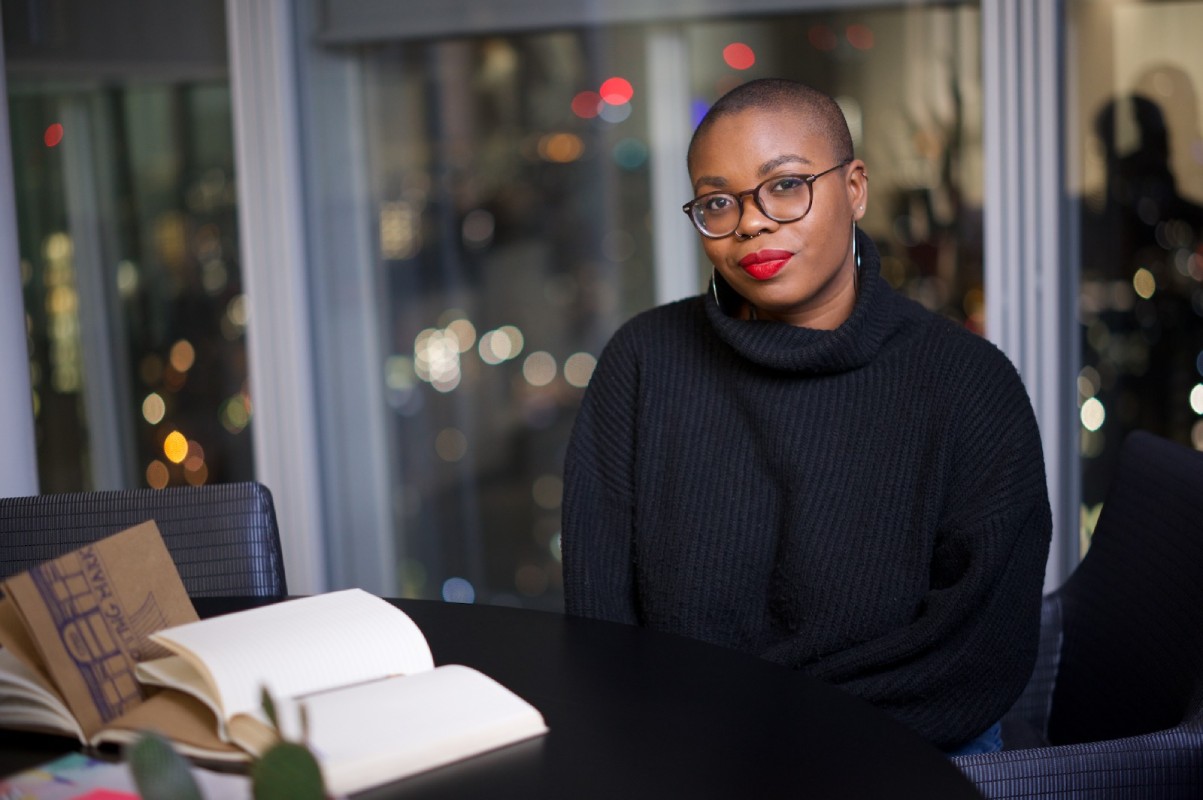 When Paula Akpan was growing up, she wanted to be a lawyer. But when she got involved with a student newspaper at university, she quickly realised that journalism was her real passion. She tells us about how she’s honed her craft and developed her career over the years – from being involved with the early days of gal-dem magazine to going freelance and now working on her first book.

When did you first get interested in journalism?
I did sociology at Nottingham university and there was a student paper called Her Campus, so I got involved with that. It kick-started my interest in writing. I also started getting feedback on pieces and realising that my friends could get excited by things that I was writing. People were saying things like: “I was thinking about this thing, and I didn't know how to put it in words. And I feel like you put it in words better than I could.” I felt like I was giving voice to issues that maybe not everyone else felt as comfortable to do.

What was your path into writing and journalism after that first step?
I think it was in my last year at university that I started getting involved with gal-dem. It was in the early days and we were trying to figure out fundraising and interest – like, is there space for this? Is this something that we need? Obviously it was. I became the social media editor and volunteered with gal-dem for five years. The magazine was there for a lot of my formative journalistic moments. It was nice to be able to write quick turnaround pieces – to know that there was a home for them and that people were interested in what I was saying. That's when I  started gaining confidence as a writer.

When did you decide to go freelance?
gal-dem wasn’t a full-time role. My first full-time job was as a communications officer at a charity in south London. But after about a year, I ended up going freelance in November 2018. I had all these projects I wanted to do and I didn't have time on top of my job. So I went freelance, which was terrifying. Looking back on it now, I don't know what I was thinking. That was a big leap.

‍What was it like making that move?
It was super scary. I didn't know the first thing, really. I didn't realise that freelance could look like it does for me now. I didn't look beyond shift work or working at a broadsheet. I didn't realise that it could look much bigger. When I was earlier on in my career, I would have never seen myself writing for some women's magazines in the way that I do now. So much of the content has shifted in the matter of about 10 years. Some of the investigative pieces that you'll find in a glossy magazine might not have been there before. I didn't realise that was something that I could do or that I could explore topics of interest to me, like interrogating blackness and what it means in Britain, in those spaces.

Do you have a favourite piece that you've written?
My favourite piece is one I was commissioned to do for Good Housekeeping. I interviewed three generations of black women from one family. It was looking at their relationships but it was also foregrounded with the black civil unrest that was going on in the background – Stephen Lawrence’s murder, or the threat of white skinheads. I felt honoured to convey at least a fraction of their relationships and family history.

You’re currently writing your first book – ‘When We Ruled: The Rise and Fall of Twelve Queens’. What can you tell us about it?
It’s a historical examination of 12 African regnants who have played a part in shaping the history of the continent. I'm trying to come at it from a lens where we celebrate these achievements, but also critically engage with them. I struggle with the way that we understand African royalty because I feel like we are, understandably, excited to have historical faces who weren't enslaved. But I think that means that we simplify some of the very human things that they did – the harmful things, alongside the regular, useful and inspiring things. I think those are things you can only really grapple with through an African feminist lens and a black feminist lens. That's what I'm planning to bring to this.

How do you come up with ideas?
I think the timeline has always been fantastic for ideas. When people do long Twitter threads, I say to them: this could be an article – someone is going to pilfer this off you and you should have space to examine these ideas more fully than you can on Twitter. I think social media is a really conducive space for ideas – just seeing what is taking hold of people you're following and thinking: okay, how can we examine this?

What advice do you wish you'd been given as a young journalist?
I wish someone had told me about the basics. Words like ‘pitch’ and ‘byline’ are so innocuous, but when you're hearing these industry terms and you don't know if you're using them correctly, it can have a big impact on your confidence. I also wish I’d had another black woman to take me under her wing. That's not to say that there weren't any, I just didn't know how to get in contact with them. I didn't know if it was okay to do that. I think it's important to share knowledge with other budding journalists. I try to be transparent around fees and commissions, to share emails, read pitches, things like that. If we're able to positively improve the experience of just one or two journalists, it snowballs. And we desperately need that.

What’s your biggest career highlight?
One of my highlights was interviewing Syd (from the band The Internet). I've listened to The Internet and Syd for years, and it was amazing to be able to ask questions that I've always wanted to ask. But also, because I'm a history nerd, talking to people like a survivor from the New Cross fire, talking to people who have been in uprisings like Broadwater Farm – these are events that I've read and researched around, so I feel honoured being able to talk to those people. In those moments I feel like: I can’t believe that I'm recording this and contributing to further mapping out our lives.

Angela Hui: ‘I didn’t realise that writing about food was a viable option’