The Pedal Me founder on sustainability, great service, and starting his own business 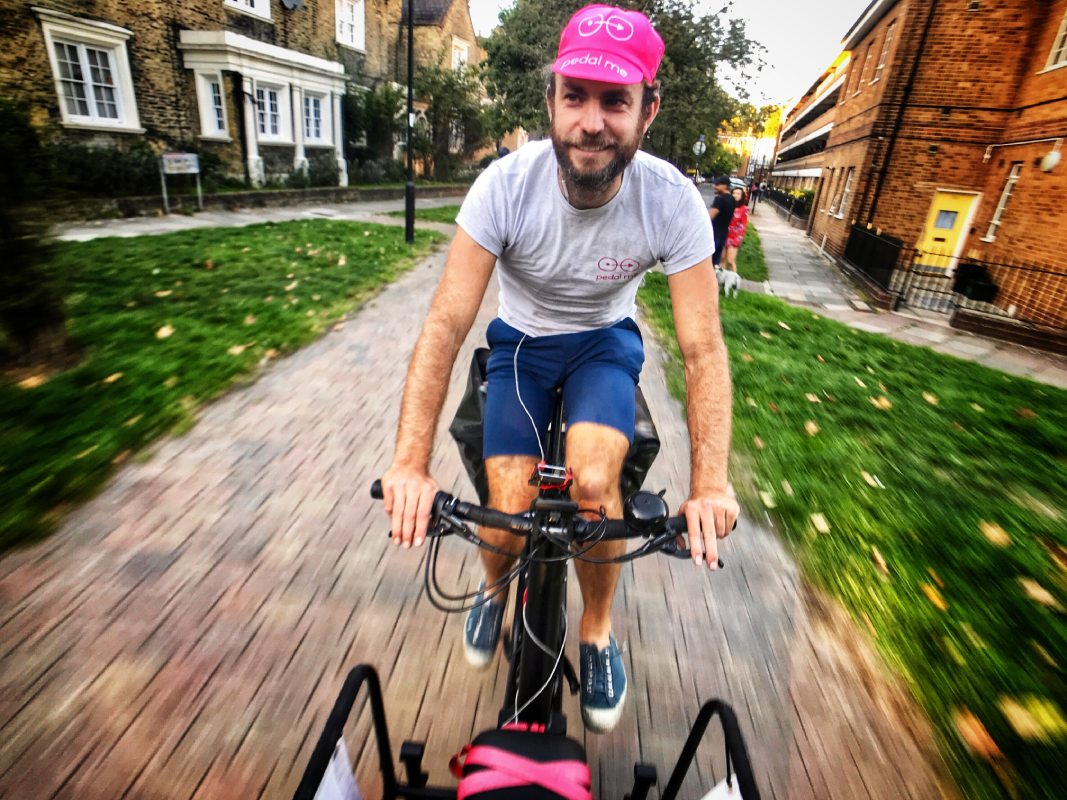 Cargo bike company Pedal Me are changing the way that London views logistics and are encouraging cities to see the benefits of biking. We chatted with owner Ben Knowles about Pedal Me’s growth, company highlights and his retrospective career advice.

How did the idea for Pedal Me come about?
I ran a community cycling project with someone else who is a director at Pedal Me today. We showed up in community spaces and we taught people to ride bikes and to do that we needed to move bikes around. We tried moving the bikes by van and that took a lot of time and money so we found that using cargo bikes was a lot more efficient. I then spent a lot of time trying to convince logistics companies in London to use cargo bikes instead of vans because it’s in their interest as well as the city's interests, but they were slow on the uptake so I started my own company instead!

What has the reaction been like so far and how have people become more invested as they become more sustainability-conscious?
Mainly the reasons people are using us is not just about sustainability but also because our service is just better! Because we use bikes we are more reliable, better able to be on time and because we get great human beings who come and work for us which means that we can offer a better standard of service than people using most vehicles.

Have there been any standout moments so far?
The first stand out moment was our first wedding job! One of my friends asked me to come and give her and her husband a lift to their wedding so that was a really cool moment. There have been a lot of wedding jobs since then. They are always really fun and people are always really interested in what’s going on and it draws a lot of attention to the company!

I guess the other stand out moment would be during London Car Free Day 2019. We were commissioned to come and provide logistics for Car Free Day and the day started slow, but we set our app to be free because we were being funded by TFL and there was an escalation and we got to see what the potential was when enough bikes were being utilised in the same space. We saw this exponential growth! It very quickly got out of hand and it broke our tech system because so many people were ordering! `In order for us to reach that scale across London, we needed a scale of 6-10 thousand bikes to keep that same density.

What are your hopes for the future?
I envisage that we will be in three cities by the end of next year. We want to go to the cities that want us and where we can make the greatest contribution to changing how people move in that city.

What career advice would you give your younger self?
Don’t get caught up on a particular path! I have had 8 different careers and each one has contributed in some way to help me run Pedal Me