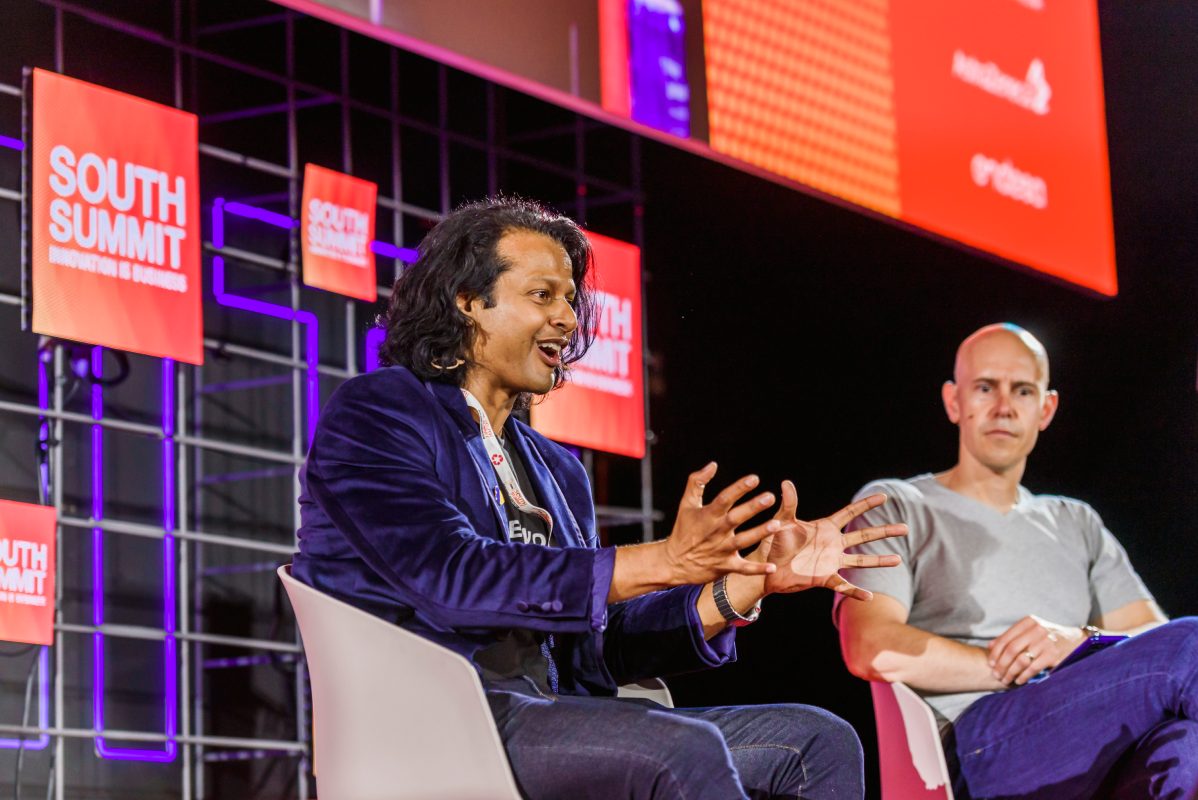 Pokemon Go was the inspiration, and SuperWorld was the outcome! Get into the mind of founder Hrish as he takes hundo through what it means to be a founder, working to create an augmented reality project and the journey along the way to launch of SuperWorld.

Tell us about how you came up with the concept for SuperWorld?
In 2017, Max Woon and I came together in Santa Monica, CA. We were inspired by the worldwide sensation created by Pokemon Go and thought, ‘what if we could build a virtual world mapped onto the real world where anyone could create, discover and monetise anything anywhere.’ It was here that the first seeds of SuperWorld were planted, and when we decided to explore the possibility of building a Metaverse platform.

How would you describe your career experience before becoming a founder? I co-founded Rogue Initiative Studios (partnered with director Michael Bay), a Hollywood film, TV, gaming, and immersive entertainment studio. I was also the founding Managing Partner of Eastlabs, an early-stage VC fund based in Kyiv, Ukraine. Before this, I was a Senior Business Developer and Global Evangelist at Toptal (backed by Andreessen Horowitz, the Rockefellers & the co-founders of Facebook and Zynga), a venture capital investor at Spencer Trask Ventures, and an investment banker at both UBS Investment Bank and HSBC Securities, where I specialised in public finance, corporate finance, and M&A. I was also an Associate in the Global Business Development Group at management consulting firm Hewitt Associates.

What was the most interesting part of starting SuperWorld?
I wouldn’t say there is one single interesting part. Every aspect of SuperWorld has its own uniqueness to it. From exploring the virtual real estate map, connecting with anyone while simultaneously being able to monetise content in augmented reality, to leveraging the platform to help build a better world. It’s been so rewarding to see people all over the globe come together to build the Metaverse in SuperWorld. It all boils down to community, and I feel like we’re cultivating one of the strongest, most creative communities in Web3.

What are you most excited about as web3 develops?
I am most excited about seeing the growth of technology and how the ecosystem itself becomes more collaborative among users, from individuals and brands to large corporations and charitable organisations . In the Web3 space, it’s apparent that we all want to elevate this evolving technology, and here at SuperWorld, being able to do that while helping to create a positive ecosystem is something that I find to be both extremely rewarding and truly exhilarating.

Can you tell us about any projects you're currently working on?

Right now, we’re about to launch the Luxor project with the crypto artist Vesa. It’s a 3D, interactive VR gallery modelled on the Luxor Temple in Egypt–it looks like nothing I’ve seen before–and hopefully like nothing anybody has seen before. Likewise, we’re building an embassy for Barbados in the Metaverse, along with numerous other initiatives, including the Guardians project, an exhibit featuring dozens of the biggest names in digital art who have come together to support indigenous communities in the Amazon forest of Brazil.

We’ve also got plans for a token launch coming up in the next few months, along with a 3D map interface that puts users anywhere in the world, and adds a whole other dimension (literally) to our virtual real estate platform. Aside from that, we’ve got a few more surprises coming soon, but I need to stop before I give away anything more!

If you could give your younger self one bit of career advice, what would it be?
I’ve always tried to remember the ancient maxim that 'fortune favors the bold' and I think my career trajectory has been relatively emblematic of the adage. I’m not entirely sure that If I could go back and give myself some advice, I would do anything dramatically different. If I had, I might not be where I am today, and right now, there’s no place I’d rather be than here at SuperWorld.

Check out Hrish on LinkedIn.

Meet the creators: HAM the Illustrator

Why all is not lost for young people entering the workforce