From proactively pitching to the UN to creating an agency, the Top 50 Future Leader shares his journey so far
Advice & Inspo
interviews
Share:
Copied link to clipboard  📋 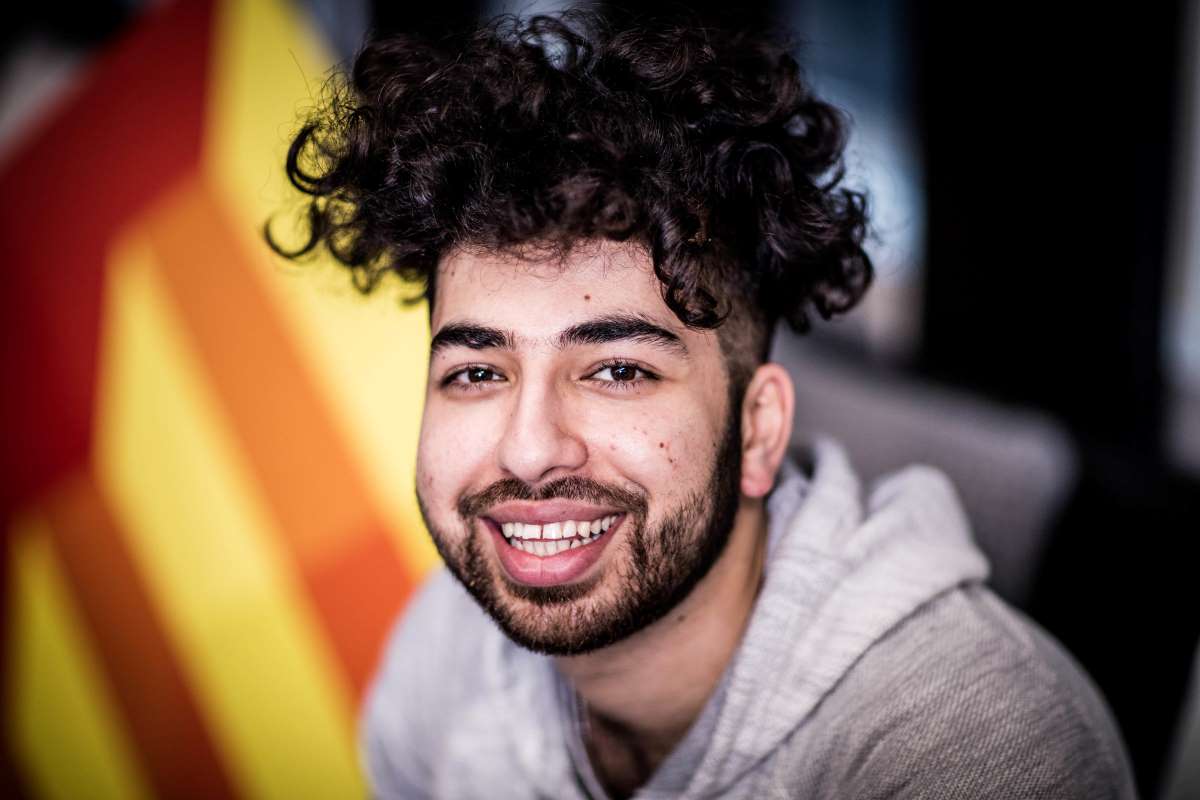 Founder of the award-winning youth marketing agency, The People, Kian Bakhtiari has been heralded by the Financial Times as one of the Top 50 Future Leaders. From studying sociology to working in the Houses of Parliament, right through to creating his own agency, Kian talks us through his vision for The People, his unorthodox route into the creative industry, and hopes for effective social change.

Please intro yourself.
‍I’m Kian Bakhtiari and I was born in Iran but came to the UK when I was eight and grew up in west London and I’m still in Ladbroke Grove.

‍What are you currently working on?
‍One project we are currently working on now is called ‘Add to Cart.’ Gen Z shop differently, so it’s about understanding how people go about making decisions on what to buy. The model focuses on how this works, but also how you build a brand in the online world, and what that looks like. When I finished studying for my degree in sociology I worked as a researcher in the Houses of Parliament, initially as an intern, then I proposed a project to look at the impact of government cuts on the local community. ‍

You since went from working at dentsu to creating your own independent agency - that’s a big switch! How did you find the transition?
I was unemployed when one of my friends invited me to this coding event. It turned out they were recruiting and wanted to get people that wouldn't usually apply for that kind of career. There were loads of different tasks like tackling coding. Then they asked me: ‘Would you like a job as a founding member of a new startup agency, No. 46’ And I was not sure. That was my entry into dentsu. I was there for two years as a researcher and strategist.

‍Did your experience at dentsu make you believe that you could then start your own business?
Definitely. The thing is everyone that's creating this stuff is so invested, but in the outside world, they couldn’t care less. Someone I talked to put it perfectly; it's called the IKEA effect, so disproportionately, people rarely throw out the stuff they make, because they've put the time in it. So you disproportionately value the stuff you create.‍

How did you develop the agency?
When we first started, the idea was focused on helping to connect brands with social causes, but that changed. It didn't feel honest to us to limit ourselves in that way. Then I clocked that our value was about connecting cultures, we want to bring those two things together.‍

Are there any particular projects you like or are proud of?
The first campaign we did was for the UN. It was a creative campaign called World Toilet Day. Nearly a billion people don't have toilets so we did this cool campaign to make people in London more aware of the problem because if you live in London, everyone's got a toilet. You don't think of it as it's not even a consideration. It wasn't just creative, it led to donations.

What was the link with the UN?
The year before, they had a piece of creative which was a toilet seat and a phone on top with flowers. And it said 'nature's calling' and it was crap, so I just reached out to them. I was like, 'Yo, that's not gonna cut through, happy to do this one like for free.' They were actually open enough to give it a go and we did it which was cool. Another one we did was a post-pandemic future report. So this was at the very start of lockdown. We asked, what do young people think and feel? I think I'll be even more proud of it in 10 years because a lot of it will still be relevant.

What kind of stuff was captured within that report? Was it specifically focused on Gen Z?
Yeah, mostly it was like, how do they feel? Like one person saying, ‘I just miss hugging my friend’ or ‘I miss going to the chicken shop.’ For someone who is 16, that's like going to the pub for them. It just kind of captures that moment.

You've got 150 creators that you talk about on the site. Why is there 150 specifically? And how do you work with them and manage them?
‍So when I was still at dentsu, my co-founder, Toby, was at Channel 4. We kept being asked things like, ‘Hey, do you know a graffiti artist?’ You could see there was a lack of connection, so it just happened organically. And then as we did more projects it just filled out from there. 150 is based on Dunbar's number. He’s a behavioural psychologist and Dunbar's number is the maximum number of people you can have meaningful relationships with. ‍

What do you think is important when matching creators and talent with brands?
There's just got to be a natural connection and it can't be transactional. The ones that work the best is when you mention the brand or project and the creator is excited by it. That's what we look for, because then suddenly, they're pouring like their heart and soul into it rather than it being a project or a piece of work.‍

You've got a thing called the brand emoji index - tell us a little bit more about that.
The way young people communicate today is through emojis, so, that's how we communicate how they feel. As a creative consultancy, we have a responsibility to be true to what our community is saying. ‍

Which social platforms are most important to you and your clients?
For me, what I find most interesting is the fact that there's a lot of talk at the moment about the creator economy. For me, that's fascinating, more so the layer of technology that enables it. Like, how all these creators are cutting out the brand. That's a different business model. It's booming!‍

Have you got any advice for young people who are thinking of starting up on their own?
‍Firstly, a lot of people think that you've got to start a business, which I don't think is true. And if you are just starting, I would say one thing that I was taught was to follow the opportunity, not the salary. So it's not linear, it’s which one gets you closer to what you want to love to do. The second one is counterintuitive. When you start a business, you've got to understand the finance side of things! One more thing, something my mentor taught me is that ‘the only thing you can't change is where you started.’‍

What kind of things keep you inspired?
I enjoy a lot of things. I'm fascinated by times of change. So like, the Golden Age of Islam. What creates those conditions? I'm very interested in social dynamics. Why do people do this stuff? So people really, people. To answer in another way, doing what I currently do!
‍

Check out The People.

Thouraya Walker: 'Even if it’s hard, keep pushing to be heard'