Meet the creators: Albz Made It 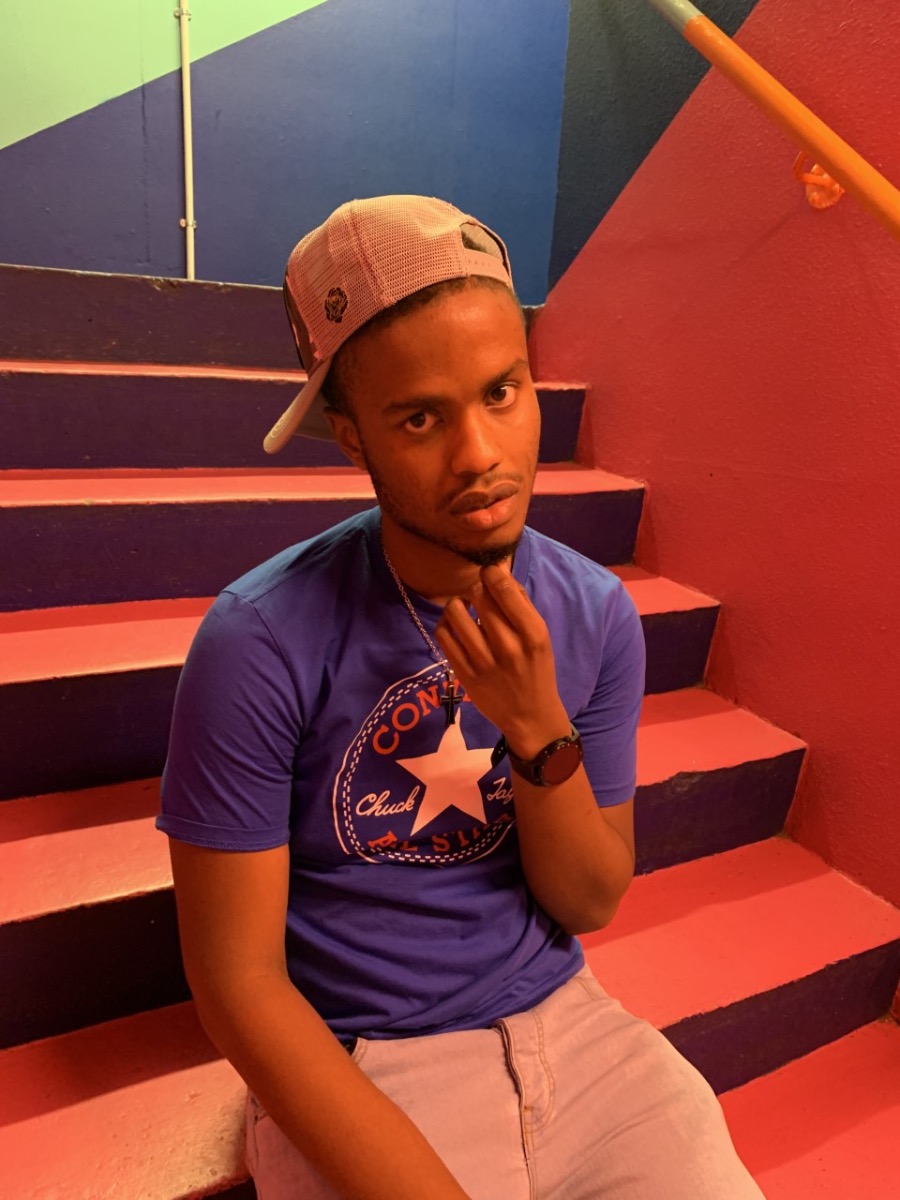 Albert, aka Albz Made It, creates striking digital illustrations inspired by Black Joy and culture, hip hop and anime. Find out what Albert had to say when we racked his brain about his creative practice, fave pieces of work and navigating the creative industries. Oh, and being a part of the coveted Converse All-Stars program! Check out the interview below.

How would you describe your creative practice?
I would describe my creative practice as versatile. I’m mainly a digital illustrator who is trying to hone in on their skills, but I've also experimented with 2D and 3D animation, collaging/photo montaging, photobombing, and designing Instagram filters using Spark AR Photography. I've also dipped a toe into music production for my Youngstarz animation; the list goes on and on. I’ve also started looking into sampling t-shirts and prints to see my art in the physical format as well as the digital. Art is limitless!

Do you have a favourite piece of work to date?
This is a tough one, as I have quite a few pieces that I really like. One of them is the Youngstarz animation I’ve produced for my Final Major Project for my Masters which is a unique story about life in East London in the early 2000s, paying homage to the grime and garage MCs who amplified the Black British Culture we have today. Another would be Brown Eyes, a piece of work I produced that was influenced by the song Brown Eyes by Kano. I was proud of the details I added to the background and how I felt in the zone. There’s also Spike Spiegel but my favourite work to date would be Kwarateen 10k which is my take on a fellow artist Kwarateen’s character as a way to celebrate her reaching 10,000 followers on Instagram.

What themes do you explore in your work?
I look into Black Joy, hip hop, Black culture and 90s anime. I grew up listening to hip hop, grime, garage, R&B as a child and felt like there weren’t many cartoons that represented that sort of era apart from the Boondocks (an amazing show). I try to emulate those influences into my work, especially with the expressive fashion from the early 2000s. I also like the aesthetics of 90s anime, with the vibrant colours, the contrasting shadows, the expressions on the characters' faces, all the way to their eyes. Furthermore, with Black Joy, I just want people to feel happy when they work, not all art should be serious all the time, sometimes you've got to let it be nothing but vibes!

How do you think young creatives can be better supported?
Companies need to offer junior and entry-level roles for creatives who have just recently graduated from university or are looking for a way to get their foot in the door. Creatives shouldn’t have to suffer, especially because if it wasn't for us, there would be no music, art galleries, music, TV shows, entertainment, the list goes on. Imagine the whole world being nothing but a corporate rat race! Not only that, but also offer training to help the new employees gain new skills.

What was your route into the creative industries?
I can’t lie, I’m winging this. I had no idea I would see myself as a creative. I only figured out that I wanted to be an illustrator and work as a character designer/animator/concept artist in summer 2020. Being an artist was not planned at all.

I used to play basketball for my school teams back in primary and secondary school until I moved from Nottingham back to London in Year 9 and there wasn’t a basketball team at the school I went to, everyone was more into football. I even wanted to be a train driver when I was younger and even explored acting. My skills and passion for art started when I started sketching out Simpsons characters in primary school because I loved the show and everyone was impressed by that. In secondary school, everyone showed love to my art in my art and graphics class.

I did well at art and graphics in my GCSE’s and A-Levels so thought I might as well continue on that path for uni, and that’s pretty much how it all happened. I ended up choosing the illustration pathway at uni, and invested in a Wacom tablet with student finance and then two years later in my Master’s degree, I was gifted with an iPad Pro and learnt to Procreate that way. I've also been just growing my portfolio on Instagram too - I had no idea art would bring so many people together as I’m a Black artist who creates art from Black influences, and had no idea that people would appreciate my art like that.

Do you have a personal career highlight?
Being approached by Converse to be part of their All-Stars community and member for sure! The maddest part was that they liked an image of me before they found out I was an artist and wanted to support me. I was absolutely spun! I have also partnered up with Avila Diana, a greeting cards business with representation being the focal point, selling greeting cards to customers worldwide.

If you could give your younger self one bit of advice what would it be?
Everything that has happened, has got me to where I am today and I’m grateful for that. I wouldn’t be a better person and know better if I didn’t take the I's, as everything happens for a reason.